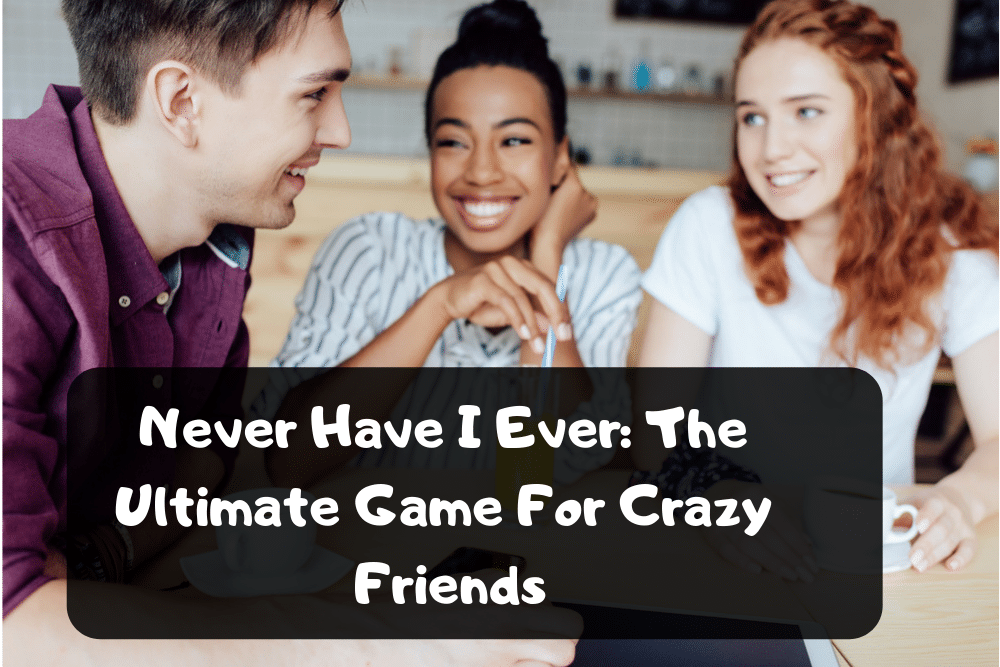 But what do you ask; you want to know their deepest secrets, but you’re not really sure where you should start.

If that’s the case, why don’t you start by asking a few of the questions we’ve put together for you. These aren’t too complex, but you might get to know a lot of good stuff about your friends, and even new people.

What is Never Have I Ever?

Before we get into the details of awesome ‘Never Have I Ever’ questions that you can ask your friends, let’s break down how you’re supposed to play the game. Write down all the questions on pieces of paper and put them away in a bowl. Make signs that say ‘I Have’ on one side and ‘I Have Never’ on the other.

Make sure to use different color schemes on each side so people can tell easily and react faster. Each person will get a turn to take out a piece of paper from the bowl and read out a question. Then, everyone raises their signs and says whether they have or have never done whatever’s written on the piece of paper.

Why Play ‘Never Have I Ever’?

Why not? Don’t you want to know if your pretty best friend ever dated your crush, or if you unbelievably attractive classmate ever got plastic surgery, or if your pals wet their toothbrush before brushing their teeth, just like you? Okay, maybe that’s a little too ordinary, but you get the point; deep down, you want to know if your friends are really like you or different compared to you.

Awesome Never Have I Ever Questions

Ready to start? Grab your signs and let’s get started. To make things interesting, we’ve decided to divide the questions into different categories so that you can come up with your own ideas and know which ones to ask.

In these questions, you’ll find out if all your friends have made that one common mistake that you make too, and if your seemingly perfect classmate isn’t that perfect, after all.

Have your friends ever gotten stereotyped, dated someone unlikely, or tried something they wouldn’t want anyone else finding out? Ask these questions to find out.

But this is the best part; we always think that our best friends are the nicest of people, but that rarely ever turns out to be true. These questions will let you find out if they’ve ever been bad or naughty.

We’ve all believed some dumb stuff at some point, right? Well, this is your chance to find out if your friends do as well.

We’ve all heard our high-school friends brag about how they managed to escape the police and not get pulled over. Now’s the time to get the real story out of them.

It’s true that all of us miss our childhood days and would love to have them back. Nonetheless, there are certain awkward moments that make you wonder if those were really the “good days”. Well, while we’re busy remembering those “oops” moments, let’s ask all of our friends if they encountered something similar too.

Get your friends to ‘fess up with these ‘Never Have I Ever’ Questions.

Everyone thinks they’re unique, but to be honest all of us are a lot more similar than we consider ourselves to be. But how many of your habits are unique? Well, find it out yourself by asking the below-mentioned questions.