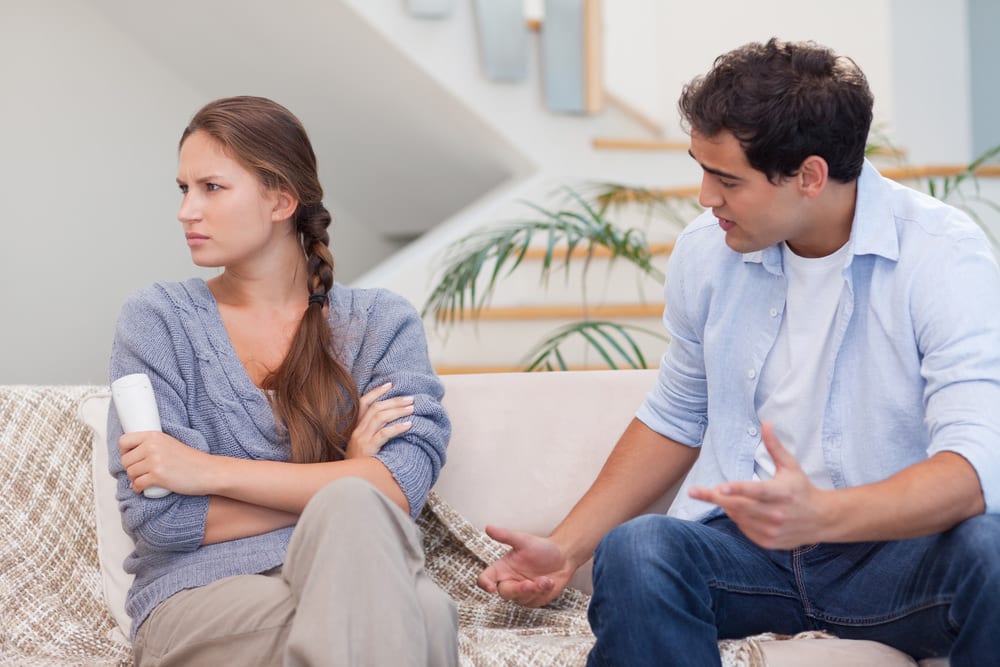 There is an old saying that says women are from Venus and men are from Mars. The thing is though, that whilst we are all from the same planet, men and women react to relationships very differently and those differences can often result in relationships melting down and getting destroyed, when really they had everything they needed to stand the tests of time. So what makes men so different in relationships to women?

It’s not a well-kept secret that men don’t discuss their feelings like woman do. In fact, they much prefer to avoid the topic of how they feel altogether, at least most of the time. This can often lead to a lot of confusion in relationships, as the woman wants to know how her man is feeling and what he thinks about their future and the man is often reluctant to discuss any of it. Men often don’t realize that women can be insecure and need reassurance and this is what makes them not opening up, a big relationship mistake.

2. They Carry their own Baggage

Everybody has a past and that past can all too often affect the present. The thing is though, when it comes to passed relationship baggage, women are actually much more likely to let go than men are. This is because typically women will process their hurt and upset and move on from it, whilst a man will try to avoid addressing the issues. The thing is though that this baggage can cause men to become paranoid and insecure about what might be in your history and this is why, it is one of the biggest mistakes a man can make in a relationship.

3. They think the Grass is Greener

Nobody is a perfect saint and everybody at some point has been guilty of a wandering eye. This doesn’t mean however, that it is okay or that doing it persistently is acceptable. The thing with men is that they can become too comfortable in relationships and this comfort makes them think that maybe the grass might be greener on the other side, when really what they have now, is probably the best they will ever get.

4. They don’t Get that it’s the Way They Said It

Men tend to see the world in a pretty black and white type of way. They don’t tend to think about their tone of voice or whether their friend was being kind or passive aggressive. They just take things as they are and everything in their stride. This is a big problem when it comes to being in a relationship with a man though, as you will often find your feelings being hurt because they haven’t understood what you were trying to tell them or explain to them.

5. They just want an easy life

When it comes to men, they really just want to live an easy life. They don’t want to come home to nagging or arguments. They don’t want to feel like you are relying on them for everything. They are quite happy to go with the flow and worry about stuff later. Again though, this avoidance of addressing issues as they happen can cause big problems in relationships, as if you don’t address problems, they seldom just go away.

It’s really important in a happy relationship to have time that you share together and it’s always really important that you have separate friends and lives too. The thing is though; you should always feel like your partner is putting you and your needs first. All right it’s okay for your man to occasionally be late home from work because he watched the match, but that doesn’t mean that it’s okay to do all the time. One of a man’s biggest problems in a relationship is that he just doesn’t understand the true meaning of putting his girl first. They often don’t consider your point view and only think about the enjoyment that they will have.

A woman finds security in being in a relationship. She likes to know her man is her own and that she isn’t sharing him with anybody else. Men don’t always see it like this though, they are quite happy to only be seeing you but at the same time not be committed. This is a big problem with men, as it can really put a woman on edge. It can be difficult to understand why he wouldn’t want to commit if he isn’t seeing anyone else. The truth is though, that men, only commit when they can really see a future and perhaps they just haven’t made up their minds yet.

8. They Act on Impulse

Men and women are different for many reasons, but one of the biggest is our reactions. A woman will take her time with a situation and consider all outcomes before making a move; a man won’t be as thoughtful. Men are more likely to act on impulse and consider consequences later and this can be a huge problem when it comes to them being in a relationship. It can often lead to a lot of hurt on their partner’s sides because they simply haven’t thought their actions through.

When it comes to relationships, it can feel incredibly frustrating when you don’t seem to be on the same page, as your partner. The thing is though, you will never both be fully on the same page and it isn’t just your similarities which pull you together, it is also your differences and as long as you are willing to see things from your partner’s perspective and them yours, then you shouldn’t have to worry about those problems affecting your relationship. Yes, it’s true, men and women are different and men can make relationships really difficult at times, but when you find real love, you will know that it was all worth it.

Editor’s Note : If you’ve got a guy who’s lost sexual interest and you want to bring MASSIVE spark back, go watch this video now…  Click Here