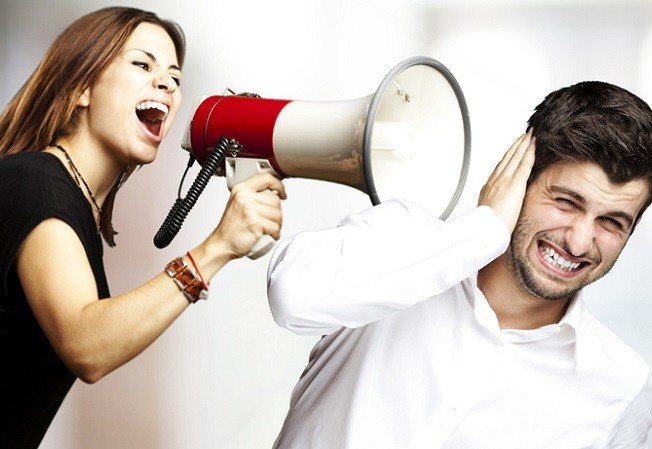 We all have flaws, which we bring into relationships. These flaws are often the little quirks that can aid our partner’s in falling for us. Sometimes these flaws can be silly things like biting your nails or chewing loudly and at other times it can be bigger thing such as sheer laziness or over activeness. Our flaws are as unique to us, as our finger prints and they cannot really be helped. This doesn’t however mean that some of our faults are shared. In fact, women make several big mistakes in relationships that seem to be passed down from generation to generation. These mistakes can often be the reasons for relationships breaking down and hearts getting broken. So if you want to avoid these mistakes and go forward into a happy and successful relationship, then you need to know what the biggest mistakes that you might be making are.

1. The future is coming

Girls dream about getting married. They dream about the pretty dress and their first dance. They dream about the man who will say “I do.” They will even dream about how he will ask her to marry him, because that is what girls do. They dream about their future, about all the possible futures they might have and when they find one that they like, they try to make it happen. This is one of the biggest problems with women in relationships, they always want to plan ahead and men can often find this suffocating. Men much prefer to go with the flow and to see how things pan out, rather than obsessing over the finer details.

Every girl wants to feel, as though she is the only girl in her man’s life. There is nothing wrong with a little bit of jealousy and possessiveness, as it can show that you care. Women’s problems are though, that they can’t get passed the insecurities of thinking that their man might wander. This can really damage a relationship, as without trust, there is very little there. Unfortunately though, it can be very difficult to trust a person, especially so if you are not an overly trusting person.

Women like to understand everything that is going on around them. They want to know what’s happening and when. They want to know how your day has been and they want to know what you are thinking about right at this very moment. That’s the thing with women, they like to be nosey, and they don’t see anything, as out of bounds when it comes to you and your head. This can be a really big problem with men though, as they are not huge sharers and more often than not, they would prefer to keep their thoughts and feelings to themselves.

If a woman feels as though she or something she cares about is threatened, then one of two things happens. You will either find that your woman suddenly becomes a hell of a lot more feisty or you will see them turn into a desperate mess. The thing is, when a woman feels threatened she will do everything she can do to save whatever it is that is being threatened and often their instincts tell them to appear vulnerable to their man will want to take care of them. The thing is though, that if you are going through relationship problems and you suddenly become a needy and desperate mess, then it isn’t going to have the desired effect on your man, instead it is more than likely just going to push him away.

A relationship should be between two people. Those two people should know about everything that is happening with it and where it is going. A relationship isn’t anybody else’s business and it should be kept that way. The thing is though, women like to gossip. They like to tell their friends about their lives and their private lives. You can never be sure whether what you have just done will be kept a secret or whether those people laughing behind your back are doing so because your woman has told her friend, who in turn then told her friend. This can be a huge problem when it comes to relationships, as often men are typically more private about their lives and what they get up to.

At one point in time, it was the man’s job to work and bring home the bread and it was the woman’s job to bake it. That was a long time ago though and things have changed a lot, since the woman’s place was the kitchen. The thing is though, that certain women expect to be treated with all the rights of a modern woman, whilst still being pampered as though she is from the 60s. This can be a huge problem in a relationship, as it creates a poor balance between the man and the woman. There is nothing wrong with a little shivery, but if you want to be treated, as though you are an equal then you will have to put in an equal amount of work and effort into the relationship.

It can be really easy to push off problems that happen in relationships, as the other person’s fault. It can be easy to point out their flaws and what they have done wrong, but the thing is, that if a relationship is failing then it is probably doing so from both sides. You both have to accept responsibility for what you have and what is broken.  These six examples are just a few of many common mistakes that women make in relationships and if you want to avoid making them, then you are going to have to accept that you have been in the wrong, at least, some of the time. You must accept your flaws and be willing to either embrace them or change them, if you want to make your relationships work.

Editor’s Note:  Thinking of giving up on love? Wait and watch this Video. In the video you’ll learn the adorable (and inspiring) story of “Tammy,” a woman who was ready to completely give up on love until she learned this one strange little “penguin love secret” Watch The Video