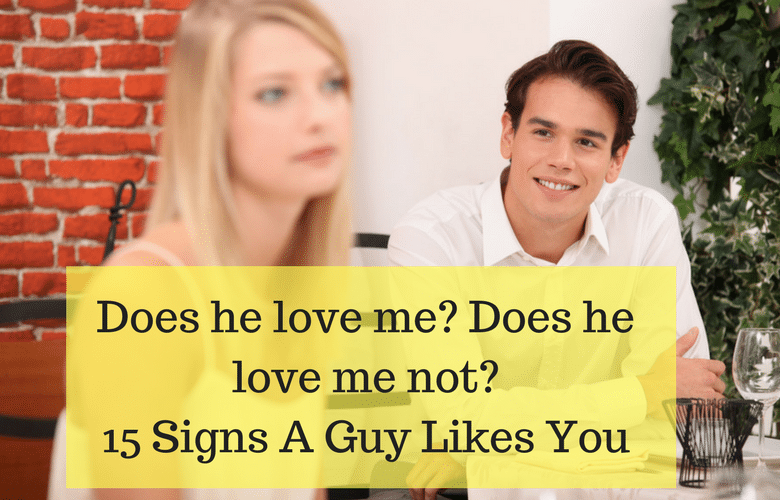 Remember picking the petals of the flower one by one, eagerly anticipating that final petal? Not knowing if a guy likes you can feel frustrating for sure. Many guys simply aren’t the greatest at letting women know if they’re into them, so sometimes it’s a guessing game.

Does he like you as more than a friend? Or is he simply being nice? If you’re wondering if a guy likes you, here’s 15 ways to tell:

Does He Love Me? How to Know If a Guy Likes You. 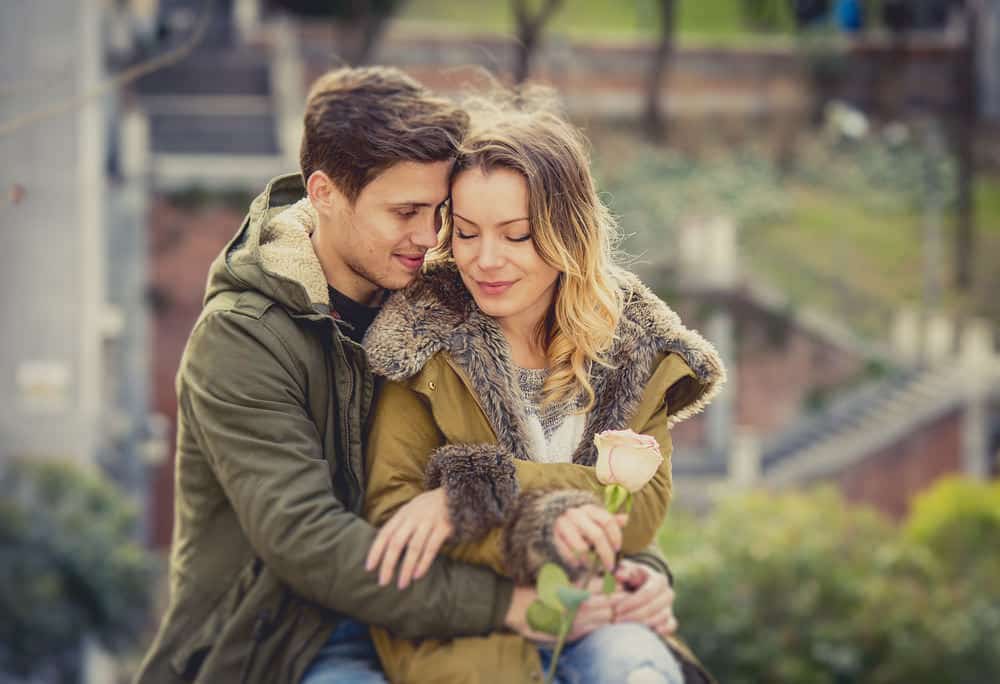 If a guy is making direct eye contact with you from afar or while he’s talking with you, he is likely interested. Eye contact is a very common way that guys communicate, so if you catch him locking eyes with you, and especially if he holds the gaze, he’s interested.

If a guy has the courage to come up to you, whether you’re at work, in a bar, the mall, or another public place, chances are he likes you. He may simply say hello or he may come up with a question or statement. Either way, he’s made it a point to approach you and make some sort of contact.

3. He Acts Shy Around You

There are some guys who tend to get shy around girls they like. If he’s usually all chummy with his friends, yet he gets quiet and shy around you, it could mean that he’s totally into you.

4. He Asks for Your Number

It’s safe to say if a guy asks for your digits, he’s likely interested in you. Sure, there is a chance he may just want a friendship, but most guys won’t come right out and ask a girl for her number unless he’s interested to some degree.

5. He Leans in Towards You

If you’re conversing with a guy and he leans in close to you, such body language is a signal that he may like you. Is he leaning in and paying close attention to what you’re saying? Is his attention solely on you? Pay attention to his body language.

Most guys won’t buy drinks for a girl they’re not interested in. If he buys you a drink at a bar or coffee at a café, he’s likely interested in getting to know you better.

7. He Adds You on Social Media

If a guy adds you as a friend on Facebook or Instagram, he may be interested in you. Granted, he may simply be into you as a friend, but to make the effort to find you on social media means that you are on his mind. This could mean that he likes you.

Some guys play hard to get when they like a girl. He may act nonchalant or not interested, yet this is a strategy he uses to draw girls in. Sending mixed signals have caused many women to become intrigued and want to get to know a guy better.

9. He Keeps Looking at You

Granted, many guys will check out women just for the thrill of it, but sometimes this means that a guy really likes you. Is he checking you out up and down? Is he sneaking peaks at your chest or butt? This could mean he totally likes you.

If a guy approaches you and asks if you’re single, chances are he’s interested in getting to know you better. This is a tell-tale sign that a guy likes you as more than just a friend.

11. He Texts You Regularly

Many guys don’t care for texting, so if a guy is texting you regularly, he may very well like you. Additionally, when he’s with you, he puts his phone aside and focuses solely on you – even if someone is calling or texting him.

Sure, some guys flirt with lots of girls, but there are those that only flirt when they are interested in someone. Is he flirting with you? Is he teasing you? Is he playful, always smiling when he’s around you?

13. He Makes Physical cContact with You

It could be a little brush up against you as he walks away from you, or maybe he puts his hand on your arm while talking to you. Is he touchy-feeling? If so, he could be giving subtle clues that he likes you.

If a guy remembers little things about you, it’s because he’s really paying attention. Does he remember the outfit you wore last time you met? Does he remember your favorite drink? Birthday? Plans for the weekend? Past conversations?

15. He Compliments You Regularly

A sure sign that a guy likes you is if he compliments you regularly. Does he tell you that you’re beautiful? That he likes your outfit? Hair style? Does he put effort into making you feel like a million bucks? If so, chances are he’s totally into you.

Wondering if a guy likes you or not doesn’t have to drive you bonkers anymore. Keep these signs in mind if you’re wondering about a certain guy. And, if all else fails, you always have the choice of asking a guy straight up if he likes you as a friend, or if he’s interested in more than that. Sure, that may feel a bit awkward, but it may be your best bet at getting to the truth.

Granted, he may not always tell you the truth, so sometimes you’re going to have to go on your intuition. Whether he is or not, you can certainly engage with him at a friendship level and see how it goes from there. There’s no harm in keeping it at a friendship level, and as you do, keep your eyes peeled for these 15 signs that he make be into you as more than a friend.

Don’t Miss : 10 Reasons Why Married Men Fall in Love With Other Women