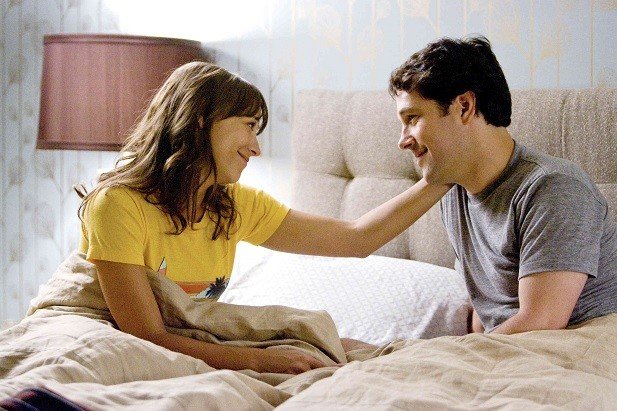 It doesn’t matter how comfortable you get with a person or how open you are about your feelings, sometimes it can just be hard talking about sex. This doesn’t mean that the person doesn’t enjoy it or even that they don’t want to communicate about it; normally it just means that talking about it makes them uncomfortable and that can be a barrier when it comes to getting what they actually want and enjoy. The thing is though, when it comes to woman, there are several things that they all wish they could tell their husbands, but they don’t quite know how to and all those things, are right here, waiting for you to read them.

1. Okay, I don’t really have a headache

One of the things, which all wives wish they could tell their husbands, but they simply just don’t know how, is that they are not in the mood. It’s nothing that you’ve done, as the husband, it isn’t that she doesn’t find you attractive or that you don’t turn her on anymore, she just doesn’t want to do it, and she doesn’t know the right way to tell you.  That’s when the headache excuse comes into play, because you can’t be mad at her for having a headache, right?

2. I’m not made of playdough

Foreplay can be nice, but it should be gentle and playful not rough and ready. That’s not to say that your wife doesn’t like things a little rough, but that’s something that should be saved for when you have already been going a little while. The simple truth is, when it comes to things like finger play, she wants you to treat her like a princess, not somebody that you’re punishing with the devil’s finger.

Okay, so you’ve been working on the foreplay for a while and you’re pretty sure she’s ready to move on to the big game. So, you get yourself ready and you take the plunge, but somewhere in the transition you forget that your hands still work and everything stops. Your wife doesn’t complain. Your wife makes the best with what she’s got, but you could be doing so much better, if only you thought about using those hands to take advantage of what she has too. Your wife wants you to know that your hands still work.

4. It’s just not going to happen

Some women are exceptionally good at faking it. They know how to make the right noises and move their bodies in just the right way, so that you don’t know that you failed at your main mission, but that doesn’t mean that you should consider it a job done or that she should have to fake it. Sometimes the simple truth is that she’s just not going to get there, maybe it’s down to stress or she has something on her mind, but whatever the reason it isn’t going to happen and that isn’t a reflection on you and you shouldn’t take it, as one.

You’re in the middle of a rage of passion. You’ve managed to tangle your bodies together in some new way, which you’re not sure you’re going to get out of. You can feel your wife pushing against your body and she isn’t making much noise. That’s her silent way of telling you that maybe you’re going just that little bit too hard or deep. More often than not, your wife will not want to say anything negative to you during sex and that means you need to read her body language and the way that she is breathing, to make sure that she is enjoying it.

It might be every man’s fantasy to have a threesome, but that doesn’t mean that you should pressure your wife into making it a reality. The truth is that if you ask your wife to bring another woman into bed, then you are making her feel, as though she isn’t good enough and that you need something more. If you have brought up the idea and it was met with anger, or she simply rejected it, then you need to respect her boundaries and know that it is her way of saying that it would severely damage her confidence if you did.

When you’re in the heat of the moment and you’re ripping each other’s clothes off, it can be easy to get carried away. It can be easy to want to get your wife, as close to you, as possible and it can be easy to lose control of how gentle you are being. The thing is though, that whilst your wife might like it a bit rough later on, she doesn’t want to be bruised for days after it’s happened. If you hurt your wife during sex, even if it’s accidental, then that can take a mental toll on her, which connects the pain with the action.

Sex is something, which a lot of people struggle to talk about. It’s something, which has been made taboo by today’s society and even though it’s splashed across our television screens, it’s never actually talked about. This means that a lot of people don’t feel comfortable talking about their sexual needs, wants and desires, but it doesn’t mean that they don’t have them.

If your wife struggles to share her needs and desires with you, then don’t push the subject. If you really want to know, then you are going to have to patience, until she feels, as though she is ready to share that information. It’s important to make sure that your wife never feels pressured about sex or the topic of sex, because this might push her further away from opening up and could make the problem a lot worse.

Editor’s Note : Do you know when a man is lying to you?In fact, he probably lies to you quite a lot. If you have ever had a great thing going with the perfect man, when suddenly he cools things down and stops calling… You need to watch this video:.  Click Here