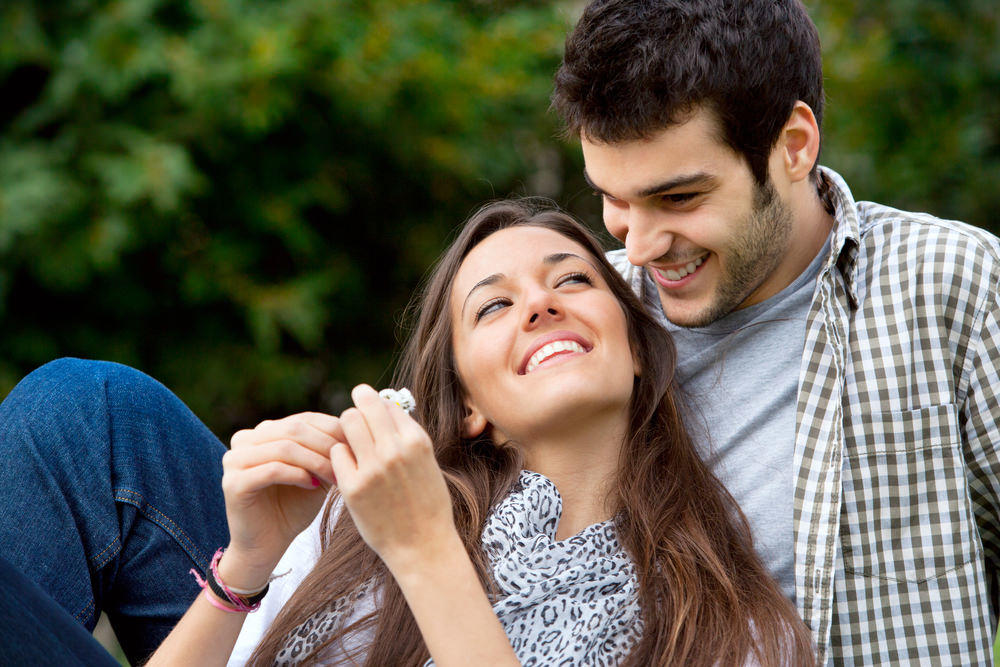 Men aren’t really known for sharing their feelings and thoughts with the rest of the world. Normally and for much of the time this isn’t really a problem. Sure, it can be a little frustrating in certain situations, but it doesn’t do any real harm. Unfortunately though, there are certain times when a man’s lack of sharing can be a real issue. One of them times of course is when you are trying to work out what you mean to him.

So, what can you do if he doesn’t want to share his feelings with you? What can you do when he refuses to open up and ignores all of your delicately placed hints about wanting to know where your relationship is heading? There’s only one real thing you can do and that’s read in between the lines, until he’s willing to fill in the blanks for you.

It sounds simple enough, but how can you be sure? What are the clear signs of him being in love with you and how can you spot them? Don’t worry yourself too much, because the answers to all of your questions are right here. All you have to do is read on. 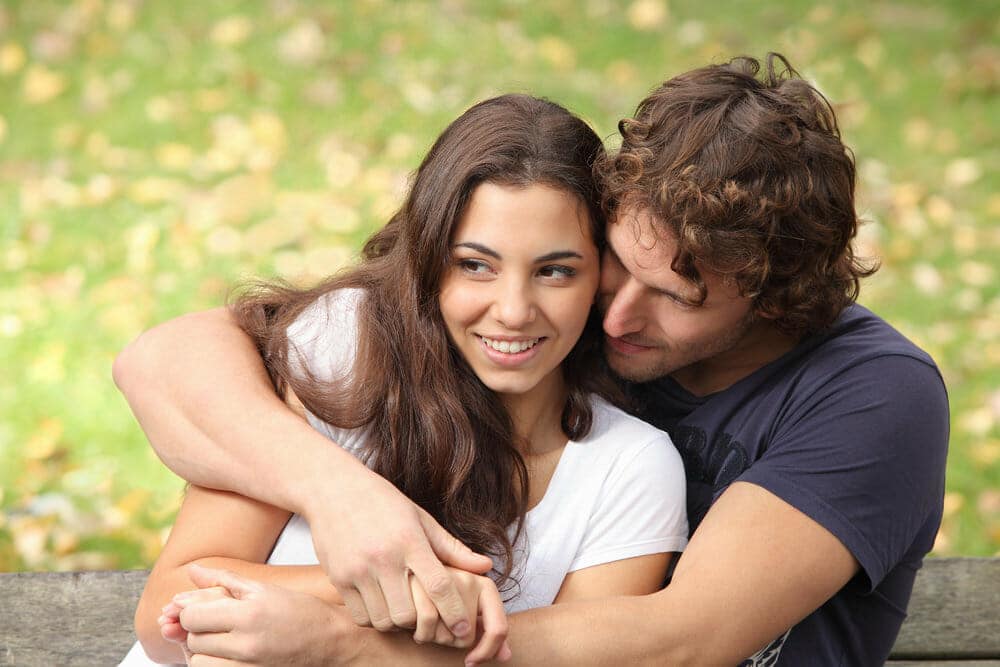 When a man falls in love, it’s something that happens slowly. It’s something that starts to happen, when he notices all the little details about you. The details that most people will never know, like how you stick your tongue out when you’re doing your mascara or how you cry over the same sad scene on a film, even though you’ve watched it a hundred times before.

How can you tell that’s he noticing though? Well, that’s easy. You’ll see him looking at you. You’ll look around to him and see that’s he’s watching you with a look of happy wonderment on his face. You’ll notice how he doesn’t shy away either, he’s happy to watch you, watching him. That’s when you know that the seeds of love are starting to hatch and that soon, you’ll have no questions left over whether or not he’s feeling it for you.

2. He Shows You Off – Body Language

When a man has something and loves it, he wants the world to know about it. If your man is proud to have you on his arm, if he constantly introduces you to the people in his life and if he makes a big deal about doing it, then you know for sure that he’s got some deeply rooted feelings for you.

3. He Introduces You To His Family

A man doesn’t take just anybody home to meet his mother. He only takes home the girls that he can see a real future with. Meeting his family means that he wants their approval over you. He wants them to like you and to start accepting you into their fold. He wouldn’t want that if he wasn’t starting to fall to fall in love with you.

4. He Talks About Your Future – Body Language

If your man is making plans that are set in the future and including you in them, then that means he intends for you to still be around. Sure, that doesn’t mean for sure that he loves you, but it does mean that he sees every potential to love you in the future and that’s defiantly a good place to start.

5. He Doesn’t Want Other Guys Around You

Men don’t like to share the things that they love. Sure, they like to show them off, but that’s a lot different to having another man sniffing around and trying to take it. If your man is cautious over the attention other men give you, in a respectful way, then that’s a sure sign that he’s falling in love with you or has already fallen in love you.

It’s really important to note that a man who is not respectful over these kinds of subjects isn’t really worth your worry in the first place. As an attractive, intelligent woman you are going to get attention from other men, whether it is wanted by you or not. If your man can’t understand that and takes that out on you, then perhaps you need to revaluate your relationship. You deserve someone who supports and trusts you. You don’t deserve to be made to feel bad over something you have no control over.

Men aren’t great at noticing the little things, but when it comes to the things they love, they tend to have quite an eye for details. If your man is noticing you in a whole new way, then that is a sure fire sign that he’s starting to feel deeply for you. If you man is going out of his way to compliment you and make sure that you’re feeling as good, as you can possibly feel, then you can know for sure that he loves you and that he wants you to be happy in your own skin.

7. He Takes Your Side – Body Language

Okay, so you had a stupid argument at work and in the cold light of day, you’re starting to realize that perhaps, you weren’t completely in the right. That’s not to say however, that you were completely in the wrong either! This however, won’t matter to your man. If your man loves you, then he’ll have your back even if you’re totally wrong, because he will want to support you and he won’t stand for anybody ripping away at your foundations and trying to pull you down.

8. He Makes You Smile – Body Language

There are very few things a man likes more than a smile. If your man is going out his way to see yours, then you can be sure that he’s already fallen in love with it.

9. He Cares About The Small Things – Body Language

After you’ve been in a relationship a while, it can be easy to fall into a pattern, when it comes to the activities you and your man share. A clear sign of love is when your man goes out of his way to keep things exciting and new. This doesn’t mean that he’s going to take you out every night, because let’s face it, that would cost an awful lot of money that he probably doesn’t have, but it’s the little things you should be paying attention to. The little things such as when he brings your favorite candy, even when he doesn’t like it himself.

10. His Focus is Less About Sex and More About You

A clear sign that your man is falling in love with you is when he starts to really pay an interest to you. Sure, the sex was steamy and hot at the start, but now his focus is on getting to know you as a person and he won’t be afraid to ask, when he wants to know something. When a man starts to ask questions about your favorite teachers in school and what your first pet was, you know that he’s falling in love with you, because no man who isn’t in love wants to know those kinds of things about anyone.

11. He Actually Tells You – Body Language

If a man tells you he loves you, then you should believe him. Sure, there are a few cases where this isn’t true. If you’ve just met the guy and he’s clearly chasing after seeing your bedsheets, then do not believe him when he says this, but if you’ve been with him a while and you’ve seen the other signs mentioned in this article, then you can assured that when he says it, he means it.

When a man is in love it will be very obvious. However, men have become very good at faking love but if you look at for these 11 signs you’ll definitely be able to discern if he’s truly in love or falling in love with you.

Don’t Miss: 7 Reasons Why Men Pull Away – How To Draw Him Back

Editor’s Note : Do you know there’s one thing men NEED in order to actually fall in love with a woman? No throwing fits, having ultimatums, having a bunch of fights and playing GAMES with a guy in order to get him to fall for you… Learn a simple secret that will make him fall for you every time.. It’s easy.  Click Here